Twickenham is situated on the river Thames in south-west London approximately ten miles from the centre of London and comes under the London Borough of Richmond upon Thames.

Having once been surrounded by farms, a common, market gardens, orchards, nursery lands and large estates, these were rapidly developed from a roundabout the 1880s onwards to become houses and other developments, turning Twickenham into the busy suburban town it is today.

It was during the 18th century that an Arcadia was created along this stretch of the river Thames running between Hampton and Kew, like the aristocracy, along with royalty all started flocking here to build magnificent palaces and mansions along with parks and gardens.

All this within a setting of woodland and meadows and connected by a series of avenues along with waterside villages, creating magnificent views over the Thames.

By the late Victorian age, this Arcadia had become accessible to the general public through access agreements, legislation and by being purchased with public funds.

Today it now provides a rural haven for Londoners and contains historic parks and conservation areas along with many listed buildings all which provide an escape from the hectic, everyday living that city life brings.

Twickenham Riverside Islands and Trees: The Landscape Character of Twickenham 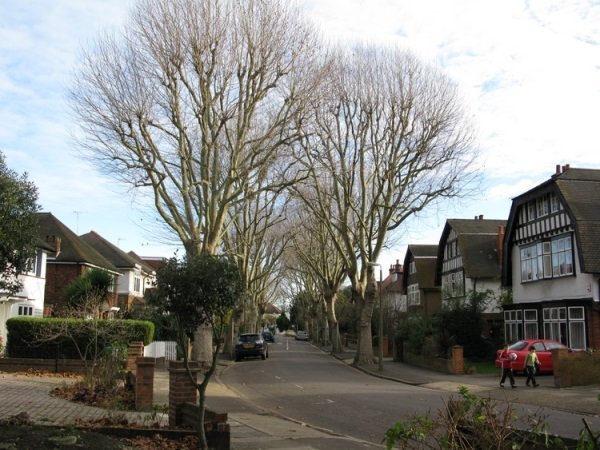 Twickenham is a historic waterfront town on the Thames with a beautiful old church and many historic buildings set around boatyards and wharves, while Eel Pie Island encloses this waterfront, thereby separating Twickenham from the wild open Ham Lands, which are located on the Surrey bank.

The local and favourite Park, Radnor Gardens, has been significantly improved with the views across and to the river being much enhanced.

Tree planting has been carefully undertaken to ensure that critical views are still retained while still giving some screening from the road, along with the planting of two holm oaks to the front of the Majestic Warehouse.

Over on the Ham bank, an avenue of lime trees was planted during the 17th century. They have survived through three centuries (almost intact) and are thought to be some of the best examples of their age.

Although due to becoming rather patchy the line has now had to have sycamores, Norway maples and plane trees planted in with the limes, while Ham playing fields have horse chestnut trees lining its edge.

Elm and Sycamore scrub growth eventually obscured views to the western end during the 1970s but in 2005, along the line of the Great River Avenue, a view line was created across Ham Lands and the scrub growth is now more controlled while the invasive Himalayan balsam has been largely eradicated.

Coppicing has also afforded some views of the Ham Lands from the towpath to be opened up again.

The gardens of private houses line the Middlesex bank down to the Twickenham embankment, some of which enhance the riverside with their mature trees.

Between Water Lane and the Barmy Arms the Embankment has been significantly improved, with pin oaks being planted to replace the chestnut trees which had outgrown their planters. 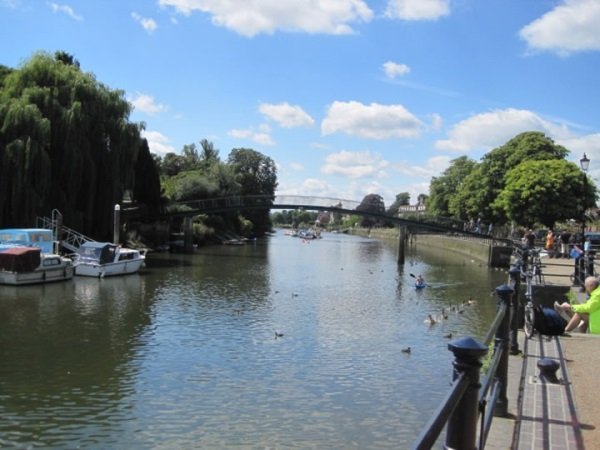 The Riverside and towpath in Twickenham have recently been cleaned up and upgraded to provide a beautiful area in which to take a stroll, lookout for wildlife and enjoy the beautiful trees and plants that grow along it, while conservation work, including the creation of artificial banks, have seen the sand martin return to Twickenham.

The Twickenham embankment regeneration project also sought to provide an environment in which trees would be able to flourish, thus reaching their full potential, including a scheme to improve the soil and drainage conditions of horse chestnut trees which had stunted canopies and thin foliage.

The summer months see an array of flowering plants that love the wet conditions and with the river having a high organic content between Kew and Teddington, nettles and dock grow in abundance requiring the riverbank to be cut a few times each year.

This cutting has actually allowed native flowering plants to increase and flourish, including the purple loosestrife and is a sign of good ecological health. New reedbeds have also been planted at Richmond, Hampton and Marble Hill.

Many trees are found along the riverbank of the Thames including willow, ash, and alder.

Apart from being attractive to look at and providing us humans with shade they are imperative for wildlife as well as helping to prevent the riverbank from eroding and in fact, many trees are intentionally planted on the riverbank to perform this very necessary duty.

The Arcadian stretch of the Thames is home to our native goat willow, white willow, crack willow and pussy willow trees (or sallow willow as it is sometimes referred to).

It is said that the first weeping willow tree to be planted in the United Kingdom was by Alexander Pope at his home in Twickenham.

Of course, all these trees require regular maintenance to remove deadwood, to keep them under control and to prevent them from falling into the river.

Traditionally, willows are managed by pollarding and coppicing by professional tree surgeons in Twickenham and this is undertaken every three to seven years.

Cutting the willows to form a coppice stool (thick stump) allows light to the shrubs below, supports a broad range of wildlife and actually extends the life of the willow trees by some quite considerable time with strong, new shoots quickly start growing again.

The material cut from the willow trees are called withies and these withies can be used for the making of baskets or alternatively planted in a new spot along the river, thereby creating a new living riverbank, termed as spilling.

Other common trees that are found along the riverside are ash, alder, horse chestnut and lime. Sycamore trees, which are a non-native species, also thrive along the Thames.

These sycamore trees need regular pruning to keep them under control and to prevent them from out competing and strangling our much more valuable native trees which are loved by wildlife.

The rarest tree to be found in the Thames is the black poplar (an excellent specimen can be seen at Ferry Point, which is in Brentford).

Many young specimens of black poplar have now been propagated from those growing in Richmond Park and have been planted along the riverside between Kingston and Ham.

The water meadows along the Thames can be either cut for hay or grazed by cattle to prevent them from quickly reverting to scrub and eventual woodland.

They are also home to many various plants and wildlife including lapwings, redshanks, meadowsweet, orchids, ragged robin and snake’s head fritillary and as one of the most endangered habitats in the United Kingdom, it is critical to preserving them.

These water meadows are now having native hedges planted around their perimeters using our own native species of trees and shrubs including holly, maple, hawthorn, dog rose, sloe and damson.

The branches of these shrubs and trees will be layered in the time honoured traditional way to form a thick barrier, keeping the stock in and providing an ideal, safe haven for nesting birds. 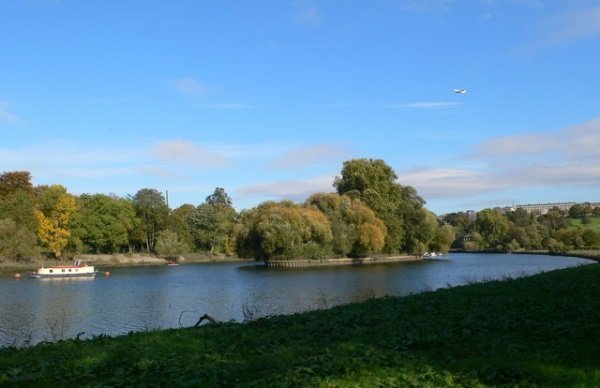 The Borough of Richmond has eleven islands along its stretch of the river Thames and these islands can often be referred to as aits or eyots.

Many of the islands are home to and provide roosting sites for waterfowl and some seabirds while the many ivy-covered mature trees on these islands give some of the less common species of birds such as tawny owls, tree creepers and great spotted woodpeckers important roosting and nesting sites.

Broken, mature trees with large trunks, such as crack willows dominate some islands and provide roosting sites for the several species of bats that depend on them. Other islands are dominated by sycamore trees which also provide good roosting and foraging sites, particularly when ivy covered.

Two of these eleven islands are situated in Twickenham which are: 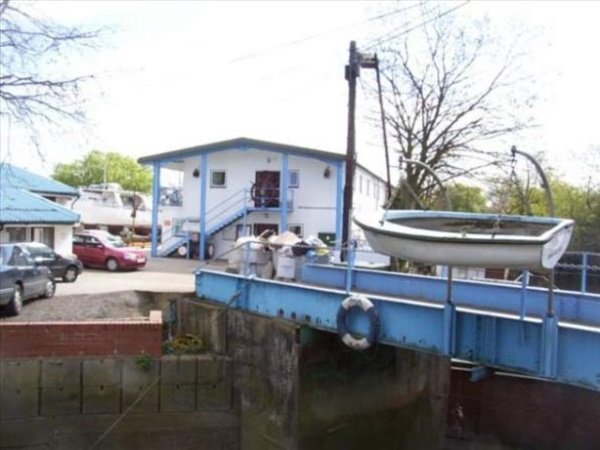 Located on the tideway in the river Thames at Twickenham and just under a mile downstream from Teddington Lock, this small island has a harbour which is managed by the Port of London Authority and a small bridge which connects it to the Twickenham bank. This bridge is suitable for both pedestrians and vehicles.

As well as having moorings for residential boats there is much in the way of commercial activity. 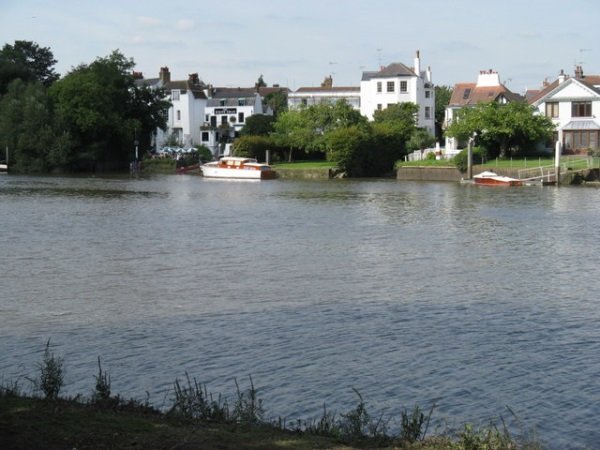 Eel Pie Island in Twickenham is privately owned and although accessible by the public by way of either a footbridge or boat, they can only use the primary pathway from the bridge that passes the houses and businesses on the island.

With about fifty homes, a few small businesses and a couple of boatyards, it has a nature reserve and trees at either end (not accessible by the general public) and provides a quiet haven for its residents away from the hustle and bustle of busy Twickenham.

Home to Twickenham Rowing Club as well as Richmond Yacht Club, it is most famous for its now legendary Eel Pie Island Hotel which held ballroom dancing during the 1920s and 30s, jazz in the 1950s and rock and roll in the 1960s.

Article was written by Karen Arnold.