Originally, the land for the park was acquired by Kensington War Memorial Committee. The committee gave the sit to London County Council who developed it mainly as a playground for children. Over the years, more recreational activities were added.

History of The Park 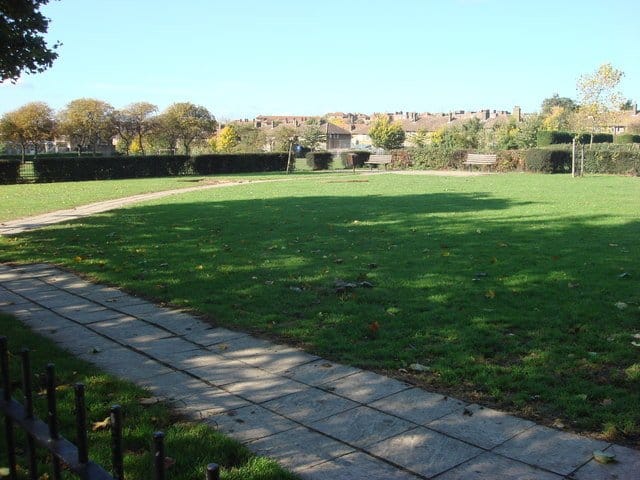 With its original railings, formal planted areas and perimeter trees, the park sits in the former grounds of the Manor of Notting Barns.

This was a farm that Thomas Darby of Sunbury owned and subsequently conveyed to William St Quintin of Scampton Hall, a relative through marriage.

After the Hammersmith and City railway line opened, this then meant that the St Quintin Estate started to be developed as housing. Before this time, this part of North Kensington was inaccessible.

The development of the land occurred thanks to the leasing to Charles Henry Blake, an entrepreneur who had previously developed land in the Ladbroke and Portobello estates. He was already responsible for Stanley Crescent, Stanley Gardens and Kensington Park Gardens.

Kensington Memorial Park opened under the name of St Mark’s Park in 1923. The land was acquired by the Kensington War Memorial Committee for £8,800.

Along its perimeter were avenues of trees and Lombardy poplars. Other formal planting included a railed-off pergola near the sports area and a shrub garden with rose beds, a lawn and a stone feature, which could have been a fountain. 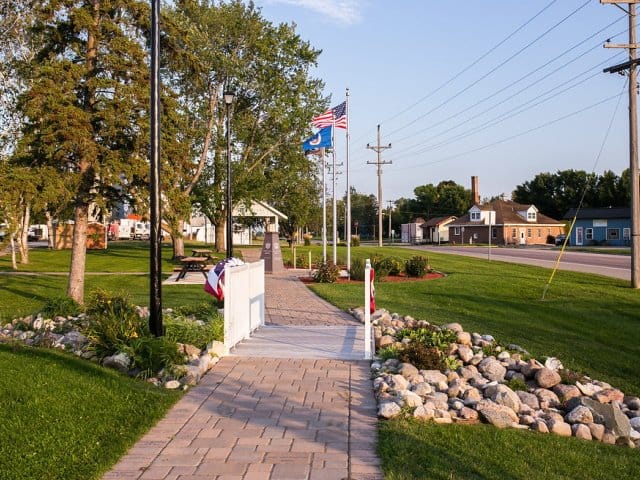 As a part of the ‘10 Year Parks Strategy’ by the Royal Borough of Kensington and Chelsea, the park was refurbished. It is now wheelchair accessible and has two children’s play areas. One of the play areas is designed for younger children and has a sandpit.

The other is centred around a climbing frame in the shape of a space rocket and is designed for older children. There is also a seasonal water play area, which is really popular during the summer months.

This was an improvement from the original, well-loved paddling pool and has been a major attraction for the park. It has 33 different water features, including interactive features, large play structures and sprays on the ground.

As well as the playground design, major works were undertaken on the buildings for the water play area, which includes changing facilities and servicing facilities.

The site renovations incorporated the tree planting and shrub planting as well as the introduction of hardwood furniture across the sight.

It has now been open for 12 years so discussions regarding maintenance and renovations are underway. 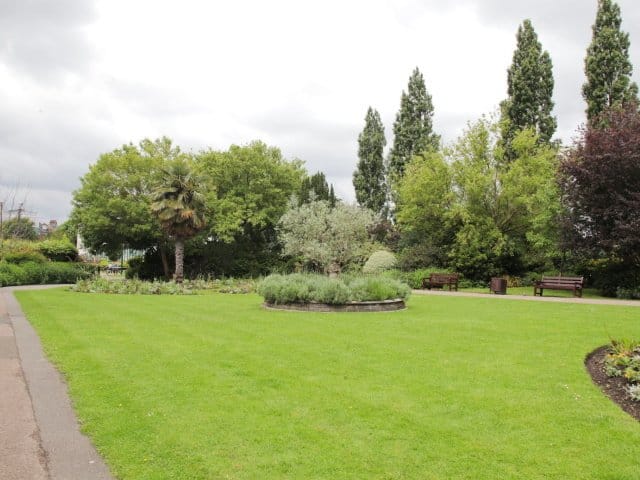 During 2012, the garden next to the tennis courts became a family garden. This involved fruit tree planting around the garden and the installation of picnic tables. Approximately 15 trees were planted in this area.

When talking about trees in Kensington Memorial Park, the parks service has been using specialist software since 2010. Ezytreev is a programme that can monitor trees in the park much more effectively.

In Kensington Memorial Park, it is used for tree survey data, to collect information and order tree works to be carried out, for example, tree pruning, tree felling or other tree maintenance.

Kensington Memorial Park does not have any woodland but the trees that do exist in the park are cared for well. Tree inspections occur every three years, for health and safety reasons and tree pruning occurs as necessary.

In terms of future tree planting, there is talk of replacing the diseased chestnut trees with an avenue of tree planting during a part of the park’s redesign, although there is no schedule of this as of yet. 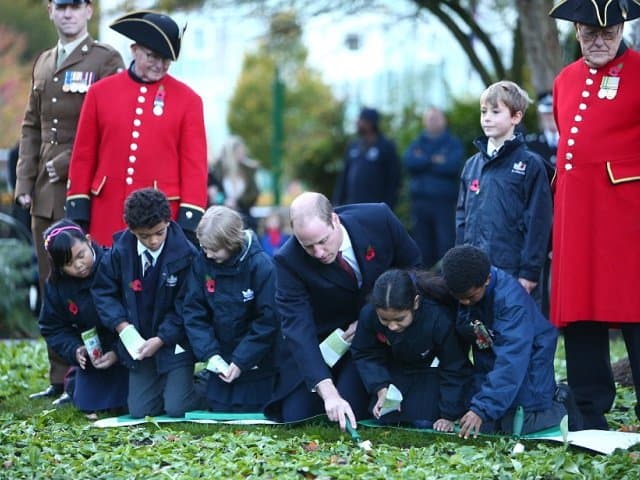 In 2016, HRH Prince William the Duke of Cambridge visited Kensington Memorial Park to dedicated it as a Centenary Field. This is part of the Fields in Trust programme launched in 2014 to memorialise British soldiers that had fallen in World War I.

The Duke of Cambridge made a speech in which he explained how Fields in Trust is continuing to build a living legacy by giving Centenary Fields protection as recreational places.

This means that Kensington Memorial Park will be protected as a recreational space to be used and valued by its local community in perpetuity. 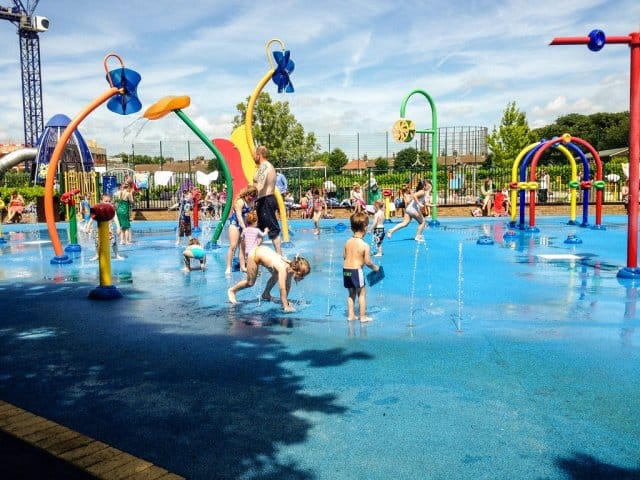 The park is open from 7:30am until dusk and has lots of facilities including toilets, changing facilities, a playground, sports (tennis, football, cricket), a seasonal café kiosk that opens between May and October, a splash park open from May through to September and a One O’clock Club for parents and young children.

For tennis lovers, there are 3 outdoor tarmac tennis courts available to book. There is staff onsite to assist you too, which is an added bonus. Tennis coaching is also available here for both juniors and adults. Visit https://www.tennisiconuk.com/kensington-academy/ for more information.

For those into cricket and football, the cricket field and outdoor football pitch are available for hire and have access to the showers and changing facilities as well as parking. 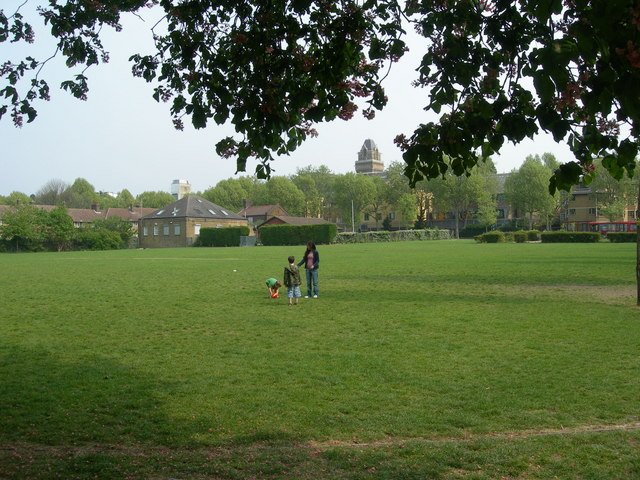 In July 2019, a survey became available as a part of a consultation to redesign aspects of the park.

The results of the survey showed that most people liked the position of the buildings and just wanted them to be refurbished rather than a new central hub being built. People did, however, want buildings to take on a more modern look rather than having a traditional look.

There was a large number of people who agreed that the facilities for the kiosk should expand to include indoor seating and shelter. The full report can be found here.

The next stage is currently underway, which is a survey of all current buildings in Kensington Memorial Park.